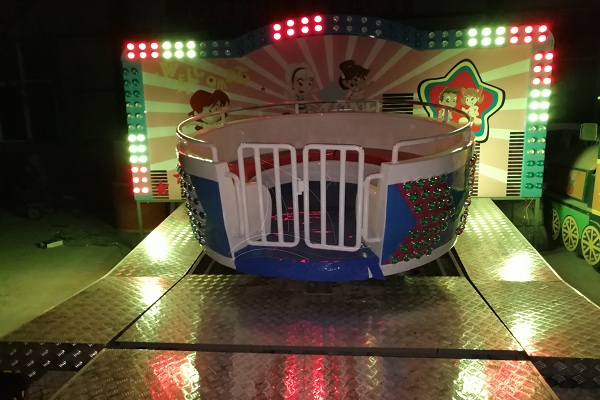 Why Don’t You Turn Attention to New Amusement Park Rides 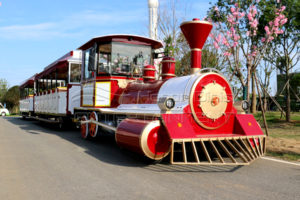 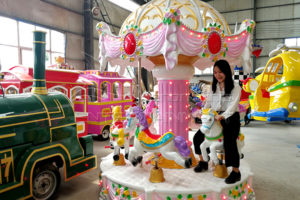 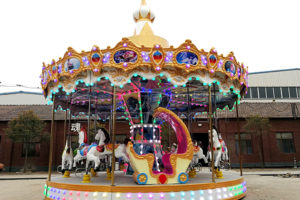 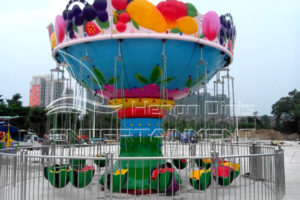 How to Choose Fun Fair Rides for Sale for Your Theme Parks? Just as its name implies, fun fair ride ...
Read More

Of course, the greatest advantage of new fair park rides is arousing people’s curiosity and attract visitors to take the rides. In addition, there are some advantages and characteristics of new amusement rides.

The novelty of new amusement riders is embodied in the innovative appearance. In order to make new amusement park rides appealing, they always have bright colors, beautiful music and popular images. For example, after the release of the movie of Thomas & Friends, the image of Thomas on the amusement rides swept the world overnight. In the industry of amusement rides, Thomas track rides appeared and came into fashion. This is a good example of keeping up with the trends. Besides, we can also find the power of a classic image and innovative appearance from the success of Disneyland.

In the design of new theme park rides, designers always take the operation performance and failure reasons of the existing amusement park rides as the reference. Then, in the selection of the spares, new amusement park rides could avoid unnecessary abrasion and guarantee the long-term and high-efficiency operation.

The self-control series amusement park rides have become into fashion recently. The self-control plane is one of the rides for kids. Once the equipment starts, it not only rotates, but also flies up and down. Its unique point is that riders can control their own cabins by themselves, including the rotation and lift height. On the ride, they can also “shoot” each other just like in a real battle. The self-control plane ride always has sound effects. Accompanied with great sound effects, kids can be more immersive in the scene.

The latest carnival rides for sale

Forest theme flying chair ride is a new design carnival ride all over the world. When the big turntable on the top begins to swing and rise up, the chairs will hang in the air. The flying chair ride will lift, rotate and tilt. The ride has gorgeous appearance, colorful lights, exquisite design and sweet music. Riders under the impact of weightlessness will feel like flying in the air and entering a wonderland.

The latest adventure rides for sale

Disco tagada ride is a type of new rotating theme park rides, which has been popular in the world in recent years. Its appearance is just a large disco. The equipment will suddenly rise and fall with countless changes. Sometimes the speed is rapid; sometimes it is slow. Along with strong disco music, riders sitting on the disco begin to move. Of course, their movements are not initiative. They are just like in the bumpy waves of the sea. Thus, they can do nothing but be subject to the infinitely roaring waves.

Top spin ride is a new product of ferris wheel. But different from ferris wheel, top spin ride rotates faster and higher. It consists of two rows and passengers sit in row back to back. Both sides of the swing ride arm could drive the equipment to rotate 360 degrees. It is becoming increasingly popular.

The amusement mechanical bull ride is a new entertainment carnival ride. It is a electric ride controlled by a remote control or computer. Once the ride starts, it will rotate round, move up and down, and try to throw riders overturn to the ground. The materials of the whole bull body are FRP materials, thus the ride is slippery. With the characteristic, this product can be stimulating and challenging. In standard configuration, the mechanical bull ride includes a naughty castle, so as to guarantee the safety of riders on the equipment. Besides, the ride for sale in Dinis has the auto-stop safety protection function. Thus, riders will not get hurt. During the process, players can greatly exercise their encourage and physical coordination ability.

The 9D VR two-seat egg chair ride is a new theme park ride manufactured in Dinis. Currently, visual reality is very popular all over the world and people are willing to experience the 360 degree fun animation technology. With 22-inch touch screen as the control platform, the screen could display the film that is playing synchronously. The equipment contains 240 films and the system could automatically update 1-2 films each month. Thus, the VR egg chair ride could greatly satisfy the leisure needs of human. The new technology equipment is very popular in amusement parks, shopping malls, supermarkets, resorts, hotels, recreation centers and any entertainment venues. With the mobile equipment, people can have a rest at any time they want.

The amusement park robot ride is the latest ride manufactured by Dinis. It belongs to the amusement battery equipment. The ride could turn left, right and go forward and backward. Moreover, the robot entertainment ride could rotate 360 degrees. For the latest robot ride, Dinis adds battle model to make the ride more interesting. With MP3 music player function and lamp decoration function, the appearance is novel and attractive. Besides, the operation is simple and convenient. Thus, passengers could easily enjoy the fun brought by the equipment. With the progress of science and technology, people can increasingly accept various high-tech stuff. Currently, the new robot amusement ride is widely used in squares, parks, amusement parks, shopping malls, supermarkets, entertainment centers, etc.

The carting car ride is a new miniature amusement ride developed by Dinis Group. This new way of entertainment gradually develops from the early sports car sports. Its structure is very simple, including a frame, a motors and four independently rotating wheels. Due to the safety but stimulation characteristics of the carting car equipment, it has swept around the world since it appeared in the market. On the ride, players can enjoy the unprecedented feeling brought by the fast speed.

“New” is more like a comparative concept. Compared with the classic and antique theme park rides, new amusement rides shall have novel and appealing appearance. In this way, the passengers will have the curiosity to take the rides. It is the first point to attract people.

Attracted by the fascinating appearance, people are willing to take the new amusement rides. At that time, the entertainment is most important. Whether the rides are entertaining is the most intuitive sense of riders. If riders have unprecedented fun, they will become loyal fans. More people will come to have fun and bring great profits. Gradually, the amusement equipment will gain a foothold in the market.

Where to buy a new amusement park ride?

Dinis Amusement Equipment Machinery Co., Ltd. is a leading manufacturer that specializes in design, production and sales of various kinds of fairground rides. Dinis has produced many new carnival rides for sale. Besides, it could provide customized services as you required. In terms of quality, Dinis adopts high-quality and environmentally-friendly materials to build amusement rides. Before delivery, all the products manufactured in Dinis will go through many times of test to guarantee the performance. In a word, Dinis is an excellent choice for the purchase of new amusement park rides.


How much is it to buy a new fairground ride for sale in Dinis?

For various new commercial amusement rides for sale in Dinis, the prices are different certainly. The material of new carnival rides is FRP, so the products are friendly environmentally, durable and corrosion resistant. Of course, the high-quality materials value more. But compared with the similar new fairground rides manufactures, the prices of the rides in Dinis are reasonable. Dinis is a self-manufacturing and self-marketing amusement ride manufacturer in China. Thus, Dinis can sell the new family rides at factory prices without other additional charges. Therefore, if you would like to buy a quality amusement ride at a low price, consult to Dinis quickly!

If you have an interest in buying new amusement park rides, please call us and talk about how we can meet your needs. Looking forward to your inquiry.