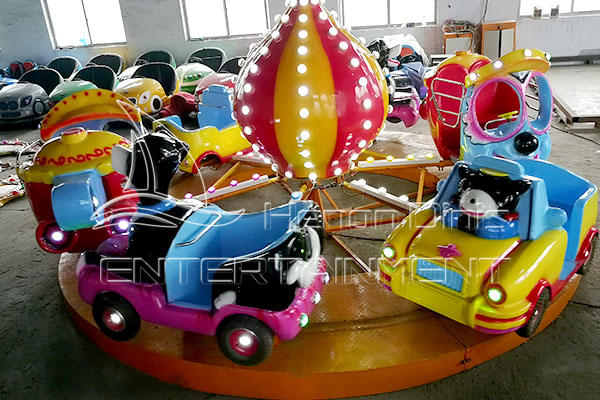 Can you buy mini amusement rides?

Advantages and disadvantages of small and large amusement rides


Can you buy mini amusement rides?

Since large and small amusement park rides have their own strengths and weaknesses, which one is more suitable for investors? Can you buy the diminutive amusement rides? The answer is yes. And the reasons are as follows:

With the development of economy and the improvement of living standard, there is an ever-increasing demand for amusement. You can clearly see the trend from the popularity of amusement park rides all over the world. Mini amusement rides are especially popular with children. Out of love, the parents and families always take kids on amusement rides for multiple times. Thus, the miniature amusement rides have great market potential.

The mini funfair rides need less materials than large amusement rides, so the production costs are low. For this reason, mini amusement rides are not expensive. Moreover, due to exquisite design, colorful appearance and sweet music, small amusement rides can draw people’s attention, especially children. There are generations of children. Thus, the investment in miniature amusement rides is a low-cost and high-profit investment. Besides, there is no need for investors to spend much time and costs in maintenance.

There are lots of miniature amusement park rides for sale in the market.

Kids mechanical aircraft is a mini rotary amusement equipment for children. Children sitting in the plane cabins will rotate and lift along with the plane equipment. On the ride, riders will feel like flying in the air. Its novel appearance, charming decoration and simulation air combat sound are appealing to kids and young tourists.

Ladybug paradise ride is also a kind of mini kiddie ride. It consists of 3 cabins and each cabin could accommodate 4 kids. As one of the track series, the equipment rotates in the circular orbit. The ride also has gorgeous appearance and beautiful music.

On the motorcycle race amusement ride, passengers sitting in the cabin spin up and down along the track. Accompanied by colorful lights and exciting music, riders will feel like riding on the actual motorcycle. The ride only covers a small area, but has large capacity. Thus, the cost-performance ratio of the investment in the ride is high.

The electric excavator amusement park ride is a small ride for kids. The portable entertainment ride is easy to operate, so kids above 3 years old can have fun in the ride with the help of their parents. Players can dig sand or plastic balls through the excavator ride. Although the ride seems simple, it could bring incredible fun to children. Moreover, children can learn new things by playing it. Currently, the small excavator ride is mainly in amusement parks, city parks, theme parks, playgrounds, fairgrounds, shopping malls, carnivals and funfairs, resorts and other places. Due to its low costs, it is easy for you start the business on excavator amusement park ride.


Besides, there are mini types of classic amusement rides, such as mini roller coaster, mini carousel, mini track train, mini ferris wheel, mini pirate ship, mini bumper car rides, etc. These classic theme park ride have been popular long since, so the promotion of these rides will be easy. If investors doubt whether the mini amusement park rides that they select can come into fashion and bring great profits, choosing a mini type of vintage amusement rides will be a good choice.

How much does it cost for mini carnival rides?

The prices of different amusement park rides are different. The following are the factors that determine the cost of a mini amusement ride.

Some miniature amusement park rides adopt fiberglass reinforced plastic and steel frames for production, while there are also amusement rides that uses glass and steel. The material determines the value, and the value determines the price.

The complex design is much more expensive than simple design. However, it would determine the first impression of people. Thus, the exquisite design is essential for mini amusement park rides to fascinate children.

Where can you buy small amusement park rides?

Dinis Amusement Equipment Machinery Co., Ltd. is a company that designs, produces and sells all kinds of amusement kids playground rides, including small amusement rides and large amusement rides. With advanced technology and skillful craftsmanship, the quality of mini amusement products in Dinis is reliable. It has exported many products to Europe, Africa, North American, South America, South-East Asia and Middle Asia, almost all over the world.

Welcome to buy miniature amusement park rides in Dinis for your business. The industry will bring you profits and Dinis will surprise you.